Are Parents Responsible When Their Child Causes A Bicycle Accident? 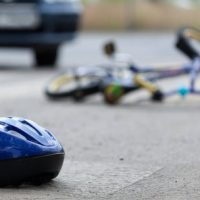 In personal injury law we often talk about “vicarious liability.” This can refer to a situation where, say, the owner of a motor vehicle is held legally responsible for an accident caused by the driver. For example, if a delivery vehicle runs a red light and crashes into another car, the owner of that vehicle is vicariously liable for their employee’s negligence.

As a general rule, Georgia law does not extend this type of liability to the parent-child relationship. That is, just because a minor child causes an accident, the parent is not automatically liable simply based on the existence of a parent-child relationship. But if the parent participated in the negligent act, or through negligence caused the minor’s negligent act, then it is possible to hold the parent responsible. A parent may also be liable if they were negligent in “failing to supervise” their child with regard to conduct that creates an “unreasonable risk” of harming others.

Despite these caveats, suing a parent for a minor child’s negligence can still be an uphill legal battle. A recent Georgia Court of Appeals decision, Sowell v. Solomon, offers a useful illustration. This case involves a fatal bicycle collision.

One day in 2017, a 10-year-old child was riding his older brother’s bicycle–with his parents’ permission–down the sidewalk near his home. At one point the child attempted to cross the road to meet with a friend. The child stood on the pedals of the bicycle as he crossed in an attempt to look out for traffic, which was partially obstructed by a parked SUV.

The victim’s widow subsequently sued the minor child’s parents, alleging negligent entrustment (in providing the bicycle to the child), negligent supervision, and negligent instruction and training. Before the trial court, the parents moved for summary judgment, insisting they could not be held responsible for this accident as a matter of law.

The trial court denied the motion but the Court of Appeals disagreed and held the parents were not legally responsible for the victim’s death. Essentially, the appellate court’s view was that there was no evidence in the record suggesting the parents failed to properly teach their child how to safely ride a bike. Nor was there any evidence that the child had been involved in any prior accidents. So while the Court of Appeals reiterated there were cases where a parent could be held responsible for a child’s accident, the mere act of “furnishing” them with a bicycle was not enough to establish liability.

If you have been seriously injured in a bicycle accident it is important to seek out advice from an experienced Atlanta bicycle accident lawyer. Contact Shiver Hamilton Campbell today to schedule an initial consultation.

By Shiver Hamilton Campbell | Posted on March 8, 2022
« How A Victim’s “Assumption Of Risk” Can Affect A Personal Injury Claim
Is A Georgia Landlord Liable For A Tenant’s Slip-And-Fall Accident? »