Is A Georgia Landlord Liable For A Tenant’s Slip-And-Fall Accident? 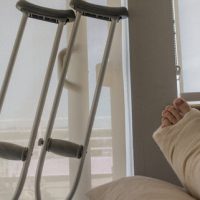 If you slip and fall on someone else’s property, the owner of that property may be legally liable for your injuries. Under Georgia law, however, the owner is only liable when two conditions are met. First, the owner must have had actual or constructive knowledge of the hazard that caused your fall. Second, despite exercising ordinary care for your own personal safety, you lacked knowledge of the hazard due to the owner’s actions or to conditions under the owner’s control.

These rules get even more complicated when we are talking about “naturally occurring substances” that create a falling hazard, such as snow or ice on a sidewalk, In such cases, a property owner generally has no “affirmative duty” to discover and remove the snow or ice unless it has become an “obvious hazard by means other than natural accumulation.” That said, the mere fact that snow or ice have accumulated naturally does not eliminate a property owner’s existing duty to “exercise ordinary care in inspecting the premises in every circumstance.”

Georgia law also recognizes an exception for what is called the “necessity rule.” This rule applies specifically to cases involving a landlord’s duty to a tenant. Basically, the necessity rule holds that a landlord can be held liable for failing to correct a hazard that a tenant must traverse to enter or exit the property. In such cases, the fact the tenant has “equal knowledge” does not prevent them from recovering damages against the landlord, even if it would in ordinary circumstances.

A recent decision from the Georgia Court of Appeals, SBA Management, LLC. v. Prince, offers a practical example of what we are talking about. The plaintiffs in this case are a husband and wife who live in the defendant’s apartment building. In 2018 there was a rare winter storm in the area that led to an accumulation of snow and ice. The plaintiffs remained in their home for two days due to the dangerous condition. On the third day, they decided to leave the house to purchase groceries. While stepping out of the building, the wife slipped and fell on ice several times, injuring her knee and back.

Two days later, the husband went outside to take out the trash. Recalling his wife’s accident, he intentionally chose a different path to avoid the same walkway where she had fallen. Unfortunately, the husband had his own slip-and-fall accident on this different path, which was also icy.

The trial judge denied the motion for summary judgment. The landlord filed an immediate appeal. But the Court of Appeals said the plaintiffs’ case could go to trial. Specifically, the appellate court noted the plaintiffs were entitled to argue to the jury that the necessity rule applied as they had no other way to exit their building without traversing the still-icy walkways maintained by the landlord.

Slip-and-fall cases are much more complicated than many people initially think. If you are injured in such an accident it is therefore important you work with a qualified Atlanta premises liability lawyer. Contact Shiver Hamilton Campbell today to schedule a consultation with a member of our staff.