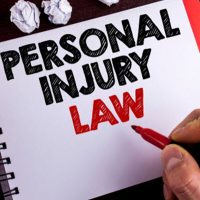 In some personal injury cases, the defendant may assert what is known as an assumption of risk defense. This is basically just what it sounds like: The defendant cannot be held legally liable for a risk that the plaintiff or victim assumed voluntarily. Under Georgia law, an assumption of risk defense requires the defendant to prove that the plaintiff or victim “without coercion” chose a course of action “with full knowledge of its danger and while exercising a free choice as to whether to engage in the act or not.”

A recent decision from the Georgia Court of Appeals, Williams v. City of Tybee Island, illustrates how courts apply the assumption of risk defense in practice. This particular case involved a wrongful death lawsuit filed against a municipal government over its alleged failure to save a man from drowning.

Here is what happened. The victim in this case, a 17-year-old male, visited a beach at Tybee Island, Georgia, with several of his teenage friends. The victim and two others walked out to a sandbar during low tide. Initially, the water was only about waist-deep. But as the tide started to come in, the group started to go back ashore. By now, however, the water was shoulder-deep and they were having trouble.

A bystander on the beach called the City of Tybee Island’s non-emergency line because she was concerned for the three teenagers’ safety. A city lifeguard was standing on-shore but he received instructions to simply “watch from the shore” and wait for other lifeguards who were headed to the scene on watercraft.

One of the three teenagers managed to reach the shore safely without intervention. The victim also reached the shore but he saw that the third member of their group was still struggling and about to be pulled under. The victim therefore turned back to rescue his friend. In the process, the victim himself was swept underwater and drowned. His body was found several days later.

The victim’s parents subsequently filed their wrongful death lawsuit against the city. The city asserted an assumption of risk defense. The parents argued their son was effectively “coerced” into rescuing his friend due to the city’s negligence, specifically by the lifeguard who stood on the beach and decided to wait rather than attempt a rescue himself.

Both the trial judge and the Court of Appeals, however, agreed with the city that the victim’s assumption of risk barred recovery by the parents. The Court of Appeals rejected the notion that the lifeguard’s inaction amounted to coercion. At best it was “speculative” to assert quicker intervention by the lifeguard would have made a difference, the Court reasoned. More to the point, the victim “was aware of the risk of danger of entering the ocean,” as was the person whom he was trying to rescue.

A wrongful death lawsuit often raises a number of complicated legal questions that need to be addressed before a case ever reaches a jury. If you need advice or representation from a qualified Atlanta personal injury lawyer, contact Shiver Hamilton Campbell today to schedule a consultation.

By Shiver Hamilton Campbell | Posted on March 7, 2022
« When Is A Store Owner Responsible For A Customer’s Injuries?
Are Parents Responsible When Their Child Causes A Bicycle Accident? »