Where Is My Georgia Personal Injury Case Tried?

If you have never interacted with the Georgia court system before, the prospect of filing a personal injury lawsuit may seem confusing and overwhelming. Where do you actually file your case? Will a judge or jury decide my claim? Can I appeal if I lose? 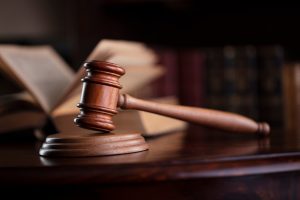 The magistrate court typically hears small claims, i.e., civil cases where the amount sought is $15,000 or less. There are no jury trials in the magistrate court. The judge alone hears the evidence and decides the case.

The superior court hears most civil cases, including the bulk of personal injury claims. Here, either party to a lawsuit may demand a jury trial. In the superior court, a jury normally consists of 12 jurors. They hear the evidence and must reach a unanimous verdict based on instructions issued by the judge.

Not all personal injury cases make it to a jury. The judge may decide to dismiss the case at an earlier stage based on the law. If that happens, or if the jury rules against you, then you do have the right to file a direct appeal. Georgia has two appellate courts: The Court of Appeals and the Supreme Court. Most direct appeals are heard by the Court of Appeals.

An appeal is not a new trial. The function of the appellate court is to review the conduct of the trial court for any mistakes of law. In some cases, such mistakes may justify granting a new trial or additional relief to the party that filed the appeal.

Beyond the direct appeal most appeals are heard only at the discretion of a higher court. For example, if the Court of Appeals denies your direct appeal, you can ask the Georgia Supreme Court to review that decision, but the Supreme Court is not required to hear your appeal.

For many accident victims, the last thing they want to think about is navigating the legal system without help. So if you do need to speak with a qualified Atlanta personal injury lawyer, contact Shiver Hamilton Campbell today to schedule a free consultation.