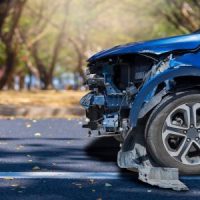 An auto accident can cause serious injury or death in less than a second. The negligent driver who causes such accidents may not be insured, or may not carry sufficient coverage to fully compensate the victims for their losses. That is where uninsured/underinsured motorist (UM/UIM) coverage often comes into play. This is optional coverage purchased by the victim as part of their own insurance policy.

You should always be careful to check if you have UM/UIM coverage and if it remains current and in force. Many people assume they are protected in the event of an accident only to find that is not the case. And in the case of a fatal accident, the victim’s family may learn the truth too late to do anything about it.

Take this recent case from Georgia, Cincinnati Insurance Company v. Cole. This case involved a woman who was killed in a motor vehicle accident. The executrix of her estate subsequently sought UM/UIM benefits from the victim’s umbrella insurance carrier.

If you are not familiar with umbrella insurance, it is a separately purchased policy designed to increase your existing coverage, typically under a home or auto policy. In this case, the victim purchased an umbrella policy through her insurance agent. But according to the insurer, the victim expressly rejected purchasing additional UM/UIM coverage as part of her umbrella policy.

This led to litigation. The insurance company filed suit in federal court, asking a judge to declare it was not responsible for any coverage of the victim’s accident or death. The judge granted the insurance company its declaration. The court largely credited the victim’s own application for her umbrella policy, in which she rejected “optional UM/UIM excess coverage” in writing.

The victim’s estate suggested the application might have been tampered with after the fact to “white out” the space for accepting UM/UIM coverage. The judge rejected that suggestion. The court noted that the umbrella policy premium was $135 per month, which included “$0 for excess UM/UIM coverage premiums.” In other words, the insurer never charged the victim for UM/UIM coverage. And there was no evidence the victim ever sought a price quote for such coverage. Nor did the victim seek any modification of the umbrella policy’s terms when she renewed it each year. As such, the court found there was no contract for such coverage.

Personal injury disputes are often less about establishing who is legally responsible for an accident and more about determining whether the insurance company will actually pay for the damages. This is why it is always a good idea to consult with an experienced Atlanta car accident attorney who understands the law in this area and can work with you to pursue a claim. Contact the offices of Shiver Hamilton Campbell today to schedule a free consultation with a member of our personal injury team.