Close Menu
Atlanta Personal Injury Lawyers > Blog > Truck Accidents > When Do Most Trucking Accidents Occur & Why Does It Matter?

When Do Most Trucking Accidents Occur & Why Does It Matter? 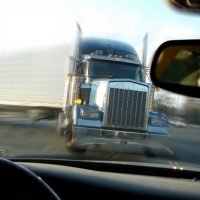 Some opponents of the FMCSA’s “34-hour restart rule” say that these statistics illustrate their complaints about the rule: that it results in an influx of trucks during peak driving times, when wrecks are occurring the most.  The 34-hour restart rule, which Congress has currently suspended, required drivers to rest for 34 consecutive hours, including two periods between 1 A.M. and 5 A.M., once they have driven the federally-mandated maximum number of hours in a single week.  The rule aims to cut down on driver fatigue, one of the leading causes of trucking accidents, and is based on research suggesting that nighttime sleep is more restorative than daytime sleep.  Yet it has been faced with sharp opposition from trucking companies and their advocates, who say that it interferes with productivity without improving safety.  A federal impact study is ongoing to determine whether the provision would result in improvements in safety, operator fatigue, driver health and longevity and work schedules.  In the meantime, critics say that efforts should be made to encourage truckers to drive during “down” times when crashes are less likely, not during peak driving hours.  However, it is notable that crashes not involving large trucks happen with most frequency during evening hours and weekends.  Thus it remains to be seen whether more trucks on the road during those time periods would result in fewer wrecks.