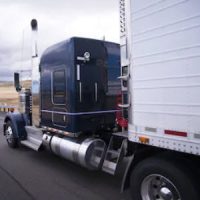 Commercial tractor trailers can create a significant hazard when their drivers fail to follow basic traffic laws and common sense. Trucking accidents often leave the non-truck driver with serious, life-threatening injuries that often require substantial and expensive medical care. So when a truck driver’s negligence is the cause of an accident, both the driver and the parties responsible for employing them can–and should–be held legally liable.

Trucking companies, of course, are often quick to try and blame someone else, such as the accident victim. An ongoing federal lawsuit here in Georgia, Handley v. Werner Enterprises, Inc., offers one such example. In this case, a trucking company unsuccessfully sought summary judgment in a personal injury claim brought by a seriously injured motorist.

The underlying accident occurred in September 2019 on GA-84 in Homerville. One of the defendant’s trucks was traveling westbound on GA-84. The plaintiff was also driving westbound on that same road. According to the plaintiff, she had been driving in the right lane of the road and moved to pass an SUV. As she pulled into the left lane, however, she hit the defendant’s tractor trailer, which was “parked” in the middle of the road.

As the plaintiff’s vehicle struck the tractor trailer head-on and at full speed, she sustained a number of injuries, including brain damage and multiple broken bones. According to court records, the plaintiff was hospitalized for nearly nine months. She subsequently sued the defendant, the company that owned the tractor trailer, alleging its driver’s negligence caused the accident.

The defense maintained it was the plaintiff–not their driver–who was negligent. The defense claimed their driver was in the process of executing a lawful “buttonhook turn,” which required positioning the tractor trailer partly in the center lane of GA-84. The plaintiff was “following too closely” and to apply her brakes.

In moving for summary judgment, the defense argued there was simply no evidence to support the plaintiff’s theory of liability. The judge disagreed. The plaintiff had presented expert witness testimony indicating the safer course of action would have been for the tractor trailer driver to move his vehicle “entirely into the center turning lane and wait until it was safe to make his left turn.” That was enough to submit the case to a jury.

More to the point, the defense is still free to argue the plaintiff’s “contributory” negligence to the jury. Like most states, Georgia requires a jury to apportion fault for an accident among all parties. So it is still possible the jury might agree with the defense that the defendant was responsible for what happened. But the jury could also agree with the plaintiff’s theory that the tractor trailer driver was negligent.

Truck accident lawsuits are rarely simple or straightforward matters. That is why it is important to work with a qualified Atlanta truck accident lawyer who will zealously represent your interests. Contact Shiver Hamilton Campbell today to schedule a free consultation with a member of our personal injury team.

By Shiver Hamilton Campbell | Posted on April 13, 2022
« Are Members Of A “Joint Venture” Jointly Liable For A Car Accident?
How Do Georgia Courts Deal With “Ambiguous” Auto Insurance Policies? »