How Do Georgia Courts Deal With “Ambiguous” Auto Insurance Policies? 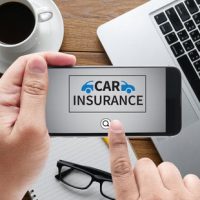 An insurance policy is a type of contract. Like any contract, its terms should be drafted clearly enough so that both sides–the insurer and the policyholder–can understand their respective duties and obligations. Of course, that is not always the case. Many insurance companies use terms that are vague and ambiguous. And since the insurer always drafts the policy, it is ultimately responsible for the language used.

Put another way, when a judge determines there is an “ambiguity” in an insurance policy, that ambiguity is strictly construed against the insurance company, not the policyholder. This can work to your advantage in a personal injury case, especially when your own insurer has denied coverage on questionable grounds.

A recent decision from the Georgia Court of Appeals, Brotherhood Mutual Insurance Company. v. Richardson, is instructive on this point. The plaintiff in this case was injured in a rear-end car accident. The other driver admitted fault for the collision and their insurer agreed to payout the limits of the policy.

But as is often the case, the negligent driver’s policy limit was insufficient to fully compensate the plaintiff for her damages. She therefore filed a claim for uninsured motorist benefits with the company that insured the vehicle she was driving, Brotherhood Mutual. The vehicle itself actually belonged to a nonprofit ministry run by the plaintiff’s husband.

The plaintiff was also an insured person under that policy. Brotherhood Mutual did not dispute this. Nor did it dispute the plaintiff was eligible for uninsured motorist (UM) benefits. Where the disagreement arose was over the applicable policy limit of said benefits. Normally, the policy had a $1 million limit for UM benefits, but a separate endorsement reduced that coverage to just $25,000 with respect to any “loss” incurred that was not in furtherance of the nonprofit corporation’s ministry operations.

At the time of the accident, the plaintiff was running a personal errand unrelated to her husband’s work. Nevertheless, she argued this policy endorsement did not apply because it was ambiguous. The trial court agreed and so did the Court of Appeals.

As the Court of Appeals explained, the policy language stated UM coverage was limited to $25,000 “with respect to the liability of such a person for any ‘loss’” occurring outside of ministry operations. The word “liability” was key here. The Brotherhood argued the loss in this case referred to the plaintiff’s potential liability for her medical bills arising from the accident. In contrast, the plaintiff said the language meant UM benefits were limited only in cases where the insured driver–in this case, the plaintiff–was “liable” for the accident. Since the plaintiff was not at-fault for this accident, the endorsement did not apply.

Ultimately, the Court of Appeals said the use of “liability” here was ambiguous and, as such, must be construed against Brotherhood and in favor of coverage. The plaintiff was therefore free to seek UM coverage up to the $1 million policy limit.

A car accident can leave you struggling to get back on your feet emotionally and financially. Working with an experienced Atlanta personal injury lawyer can help take some of that stress off your plate. Contact Shiver Hamilton Campbell today to schedule a free consultation.