The Most Dangerous Intersections In Atlanta 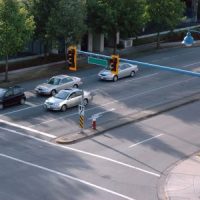 Navigating an intersection safely requires caution from drivers, cyclists, and pedestrians alike. Even a single moment of inattention or reckless behavior could result in an accident. Unfortunately, this occurs in intersections more often than most people realize. Furthermore, the accidents that take place in these intersections tend to result in particularly severe injuries, some of which even prove fatal. In fact, according to the Department of Transportation, more than half of all crashes in the U.S. occur at or near intersections. The intersections in the Metro Atlanta area are notorious for being especially hazardous.

Remain Vigilant at These Atlanta Intersections

Metro Atlanta is a bustling area, so it should come as no surprise that the roadways are almost always busy. Unfortunately, with more cars on the road comes a higher risk of being involved in a car crash. This is especially true at intersections, a few of which are well-known for being particularly dangerous. These areas include the intersections at:

Accidents at these intersections are common in Metro Atlanta, making it especially important for drivers, cyclists, and pedestrians to use extra care when driving in these areas.

There are steps that motorists can take to help protect themselves when driving in Atlanta, including:

Motorcyclists and bicyclists can also take precautionary measures to avoid an intersection accident, including wearing a helmet, driving defensively, and wearing bright clothing with reflective materials. Pedestrians, on the other hand, should avoid walking at night, always try to cross the road at designated crosswalks, and obey all traffic signals.

Call for a Free Consultation

Unfortunately, even the most careful driver, cyclist, or pedestrian could end up injured in an intersection accident because of someone else’s negligence. In these cases, the injured party could be entitled to compensation for his or her losses. To learn more about seeking damages after your own intersection accident, please call 404-593-0020 and set up a meeting with the dedicated Atlanta car accident lawyers at Shiver Hamilton Campbell today.

By Shiver Hamilton Campbell | Posted on August 23, 2022
« Obtaining A Car Accident Report In Georgia
Keep An Eye Out For Signs Of A Concussion After Your Car Crash »