Impact of Autonomous Vehicles in the Trucking Industry 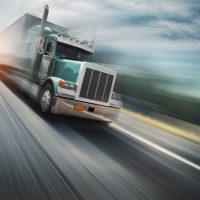 The auto industry has been discussing self-driving (or “autonomous”) cars for years, but it has long seemed like a futuristic concept that would take many years to become a reality. However, as prototypes of autonomous vehicles have begun to hit the roads, questions about the logistics of these vehicles are arising. What role will autonomous vehicles play in the trucking industry? How (and to what extent) will humans be involved in operating self-driving cars? Where will liability fall in the event of a crash? Will this technology make us more or less safe?

Some elements of autonomous vehicle technology, such as blind spot monitoring, collision warnings, and lane departure warnings, have been offered as safety features in cars for some time. This technology has the potential to drastically reduce the risk of crashes, since 94% of crashes are a result of human choice or error. [1] It is hoped that fully autonomous vehicles could make the roads safer. In October 2016, a fully autonomous truck owned by Otto (a subsidiary of Uber) drove 120 miles without a driver to deliver 45,000 cans of beer. [2] The truck was monitored by Colorado state patrol, and a driver (who spent the trip in the sleeper berth) took the wheel only when merging on and off the highway ramp.

While mitigating risk is certainly an attractive feature for the trucking industry, the prospect of driverless trucks is even more exciting for an industry suffering from a shortage of drivers. [3] Fully autonomous trucks have the potential to improve trucking efficiency while reducing the risk of crashes and saving money. Since a third of trucking costs go to compensating drivers, there is a big incentive to develop this technology. [4] For now, totally eliminating drivers from trucks remains sometime in the future. But some trucking experts have predicted that driverless technology could take over the trucking industry in the next decade, eliminating as many as 1.7 million trucking jobs.