How Federal Law Can Affect Your State-Law Personal Injury Claim 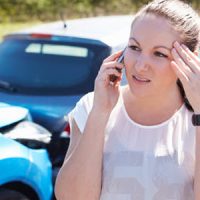 Commercial trucking accidents are often catastrophic for the other vehicles on the road. They also present a host of complex legal issues. Unlike passenger cars, commercial tractor-trailers are regulated–and in many cases protected–by federal law. This means that even if a victim has a viable personal injury claim under state law, the case may still be dismissed because of federal regulations.

A recent decision from a federal judge in Statesboro, Georgia, Gauthier v. Hard to Stop LLC, helps to illustrate what we are talking about. This case began with a tragic highway accident. A commercial truck driver was on his way to pick up a shipment of goods for transport from a poultry plant in Claxton, Georgia. The driver missed the entrance to the plant, however, so he attempted to make a U-turn on the highway. This obstructed the flow of traffic in both directions. Unfortunately, one of the cars on the highway collided with the tractor-trailer, killing its driver.

The victim’s widow subsequently filed a wrongful death lawsuit in Georgia state court. The lawsuit named a number of defendants, including the truck driver, the trucking company that employed him, and the broker who arranged for the shipment. The case was later transferred to federal court. All of the parties ended up settling except the shipment broker, which filed a motion to dismiss it as a defendant.

The judge granted the motion to dismiss. The main issue here was that the plaintiff alleged the broker “negligently hired, contracted with, and/or retained” the truck driver to perform the delivery. Negligent hiring claims often arise when there is evidence that a company knew–or should have known–that a driver had a history of reckless or negligent behavior. Here, the judge said the lawsuit did properly allege such claims. The truck driver who caused the accident allegedly had a history of “multiple speeding tickets, driving with a suspended license on multiple occasions, battery, and constructive possession of controlled substances.”

But while the plaintiff may have alleged a plausible claim against the broker under Georgia law, federal law nevertheless prevented her from pursuing her case. Specifically, the Federal Aviation Administration Authorization Act of 1994 (FAAAA) prevents any state from enforcing a law or “provision having the force and effect of law” to “any motor private carrier, broker, or freight forwarder with respect to the transportation of property.” Since the plaintiff’s negligent hiring claim was “related to” the provision of brokerage services, the judge said FAAAA preemption applied.

Even a seemingly “simple” car accident can lead to a host of complex legal problems. That is why it is critical to work with an experienced Atlanta car accident attorney who can provide you with expert advice and representation. Contact the offices of Shiver Hamilton Campbell today to schedule a free consultation with a member of our personal injury team.

By Shiver Hamilton Campbell | Posted on March 21, 2022
« Georgia Supreme Court Limits Insurance Coverage For Fatal Accident Caused By Police Chase
Can I Recover Damages If I Only Suffered Emotional Trauma In A Car Accident? »