Close Menu
Atlanta Personal Injury Lawyers > Blog > Car Accidents > Can I Recover Damages If I Only Suffered Emotional Trauma In A Car Accident?

Can I Recover Damages If I Only Suffered Emotional Trauma In A Car Accident? 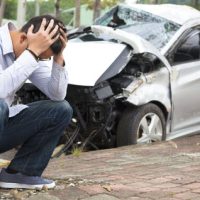 A car accident is often a traumatizing event for those involved. This is especially true when the victims are children. Yet emotional trauma, in and of itself, is often not subject to compensation under Georgia’s personal injury laws.

Even with these exceptions, however, Georgia courts remain fairly rigid in their application of the impact rule. Consider this recent decision from the Georgia Court of Appeals, Eley v. Fedee. In this case, the plaintiff was driving her car when she was struck by the defendant’s vehicle. At the time of the collision, the plaintiff’s twin nine-year-old daughters were passengers in her car.

During a deposition, the mother testified that neither child suffered “any physical injury as a result of the accident.” But she said they were still “traumatized by the collision.” Doctors diagnosed the twins with acute stress disorder and anxiety and prescribed medication. The defense argued this was still insufficient to justify any damages under Georgia’s impact rule.

The judge agreed and granted summary judgment to the defense on this issue. The Court of Appeals upheld the trial court’s decision. Among other findings, the appellate court said the mother could not rely on the pecuniary-loss exception since any expenses incurred for the daughter’s psychological treatment were paid by the mother, not the children.

Cases like this illustrate the importance of fully documenting any physical injuries sustained as the result of an accident caused by another party’s negligence. If you need legal advice or representation from a qualified Atlanta car accident lawyer, contact Shiver Hamilton Campbell today to schedule a free consultation with a member of our personal injury team.

By Shiver Hamilton Campbell | Posted on March 22, 2022
« How Federal Law Can Affect Your State-Law Personal Injury Claim
Why An Accident Victim’s “Superior” Knowledge Of A Hazard Matters In A Personal Injury Lawsuit »