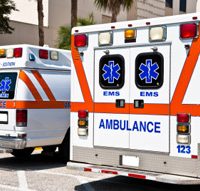 Injured Georgia crime victims with potential civil claims against third parties won a significant victory last week in the Georgia Court of Appeals. Injured victims of crimes in Georgia now have more time to file a lawsuit against potential third parties who bear responsibility for their injuries.

On July 7, 2016 the Georgia Court of Appeals issued their opinion in the case of Harrison v. McAfee, et al. As stated in the opinion, the Court’s ruling “will have a significant impact on personal injury actions by crime victims.”  The ruling in Harrison reversed several Georgia cases that interpreted Georgia Code § 9-3-99, which tolls the limitations period for claims filed by crime victims, as only being applicable to claims filed against the alleged perpetrator. The Court ruled that the previous decisions misinterpreted Georgia Code § 9-3-99, which resulted in the limitation of the statute’s application. The correct interpretation of Georgia Code § 9-33-99, according to Harrison, is that the statute applies to tort claims against any defendant, not strictly to claims against the alleged perpetrator.

Generally, crime victims with personal injury claims must file their lawsuit within two years after the incident. However, as Harrison explains, “[t]hat limitations period may be tolled for actions by crime victims under OCGA § 9-3-99.” Specifically, the statute states:

The running of the period of limitations with respect to any cause of action in tort that may be brought by the victim of an alleged crime which arises out of the facts and circumstances relating to the commission of such alleged crime committed in this state shall be tolled from the date of the commission of the alleged crime or the act giving rise to such action in tort until the prosecution of such crime or act has become final or otherwise terminated, provided that such time does not exceed six years, except as otherwise provided in Code Section 9-3-33.1.

The Georgia Court of Appeals focused on the plain language of Georgia Code § 9-3-99 and agreed with Harrison that his claims against the owner of Shamrock bar and Twisted Shamrock, Inc. were not barred by the two-year statute of limitations. Specifically, the Court stated that “the statute applies to any cause of action in tort, without limitation, so long as that cause of action is brought by a crime victim and arises out of the facts and circumstances relating to the commission of such alleged crime.” Further, the Court held “that the statute applies regardless of whether the defendant in the case has been accused of committing the crime from which the cause of action arises.”

As a result of Harrison, Georgia Code § 9-3-99 is no longer limited to claims against the alleged perpetrator and applies to claims against any defendant as long as the claim arises out of the criminal act that caused the plaintiff’s injuries. This ruling aids crime victims by expanding the time for them to file a lawsuit and seek civil justice when they have suffered injuries as a result of a crime.

The full opinion is available at: