Close Menu
Atlanta Personal Injury Lawyers > Blog > Car Accidents > The other driver was drunk, can I sue for Punitive Damages?

The other driver was drunk, can I sue for Punitive Damages? 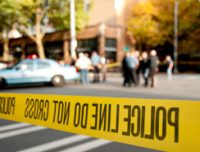 The short answer is Yes! The purpose of Punitive Damages is to punish the Defendant or make the Defendant an example to others in order to deter similar future tortious behavior. To obtain Punitive Damages the personal injury Plaintiff must show a heightened degree of blameworthiness with clear and convincing evidence, such as willful misconduct, recklessness, malice, deceit (fraud), or conscious indifference to consequences.

In Georgia, courts have allowed evidence that the Defendant was (DUI) under the influence of alcohol at the time he caused an accident as tending to show “willful misconduct, wantonness, and that entire want of care which raises the presumption of conscious indifference to the consequences.”1

However, just because the Defendant driver was drinking prior to the collision does not mean he is automatically liable for Punitive Damages, nor is it dispositive that the Defendant was cited for DUI in that accident or prior accidents.[1] There are different evidentiary hurtles and burdens which a Plaintiff must overcome because it is in the court’s well-reasoned discretion whether to admit evidence of alcohol consumption.[2]

In 1997, the Georgia Legislature removed the punitive damages cap for torts committed under the influence of alcohol, drugs other than lawfully prescribed drugs administered in accordance with prescription.[3] The only cap on such damages comes from OCGA§ 51-12-12(b). If the jury’s award is clearly inadequate or so excessive as to be inconsistent with the preponderance of the evidence the trial court is allowed to order a new trial as to damages only, as to any or all parties, or condition the grant of such a new trial upon any party’s refusal to accept an amount determined by the trial court.

What if the Defendant lacks insurance?

Given the myriad of evidentiary hurtles and burdens a Plaintiff’s best option is to seek the advice of an attorney who specializes in personal injury. Here, at Shiver Hamilton Campbell, we’ve successfully handled numerous automobile accident cases and would love to hear from you and see if we can serve your needs.

By Shiver Hamilton Campbell | Posted on December 1, 2021
« When can a victim of a crime sue the property owner?
Trucking Accidents: the 6 Most Common Causes »