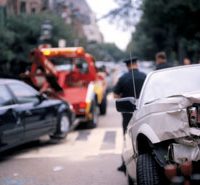 Experts are projecting that 2015 could be the deadliest year on the roads since 2007. The NHTSA reported that the first quarter of this year showed a 9.5% increase in traffic-related deaths from the same period in 2014. [1]  Meanwhile, the National Safety Council has reported a 14% increase in traffic-related deaths and a 30% increase in serious injuries in the first half of this year, as compared to the first six months of 2014. [2] The NSC reports that this trend is even more severe in Georgia, with state-wide traffic deaths increasing 26% from 2014 to 2015.

The NHTSA says it is too soon to speculate on the causes of this trend of car accidents. Nonetheless, with gas prices the lowest they have been in over a decade and an improving economy, the phenomenon could be a result of more drivers on the road. But the rate of fatalities and car accidents has surpassed even what would be expected for the increased miles driven: the rate of fatalities in 2015 is 1.04 fatalities per 200 million miles, compared rate in the first quarter of 2014 of 0.99 fatalities per 100 million miles.

Steadily increasing trends in distracted driving could also be partly to blame for the car accidents. AT&T released the results of a survey in May 2015 that showed, alarmingly, that 70% of respondents admitted to using smartphones while driving. [3] While texting remains the most common activity, 40% of survey respondents admitted to using social media while driving, while 30% surf the web, and 10% video chat. Survey respondents cited habit, fear of missing something, and the belief that they can safely do both things at once as some of the reasons for smartphone use while driving. [4] Unfortunately, this survey suggests a trend in unsafe driving that is not likely to subside with rising gas prices.