What Is The Statute Of Limitations For Medical Malpractice In Georgia? 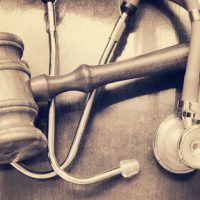 If you are thinking about filing a personal injury lawsuit, you need to be aware of the statute of limitations. This refers to the legally mandated deadline for initiating a particular type of lawsuit. With few exceptions, if you do not file your lawsuit within this limitation period, your case cannot legally be heard by the court.

One exception we will note here is Georgia’s “refile statute.” Basically, if a plaintiff files a lawsuit within the statute of limitations, they can voluntarily dismiss the case and refile again within six months of either the expiration of the original limitations period or the date the first case was discontinued, whichever is later. So let’s say the estate of our victim from the previous paragraph filed its lawsuit in March 2022 just before the two-year limitations period expired. If for some reason the estate decided to voluntarily dismiss the lawsuit in June 2022, they could re-file before December 2022 and still be in compliance with the law.

The refile statute does require the plaintiff to pay any court costs incurred during the original lawsuit. Failure to pay these costs can void the re-filed lawsuit and prevent the case from proceeding to trial.

This came up in a recent decision from the U.S. 11th Circuit Court of Appeals in a Georgia medical malpractice and wrongful death case, Colbert v. Wilson. In this case, a woman died following bypass surgery. Her widow, acting on behalf of himself and her estate, then filed his first lawsuit in federal court. During pre-trial discovery, a dispute arose over the plaintiff’s failure to provide an expert report. This led to the judge imposing sanctions–essentially ordering the plaintiff to pay the defense approximately $9,500 in court costs.

If you or a member of your family have suffered due to the negligent acts of a health care provider, it is important that you take prompt action to assert your legal rights. A qualified Atlanta medical malpractice lawyer can provide you with invaluable guidance and assistance in this area. Contact Shiver Hamilton Campbell today to schedule a consultation with a member of our team.

By Shiver Hamilton Campbell | Posted on February 24, 2022
« Can I Sue My Landlord if I Was Injured in a Robbery on the Property?
Can I Sue The City For A Slip And Fall Accident? »