The Dangers Of Reckless Driving 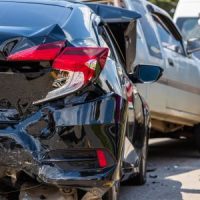 We’ve all seen reckless drivers, swerving in and out of lanes, speeding, and tailgating. While many of us have been fortunate enough to avoid a collision or altercation with one of these motorists, reckless driving can and does lead to serious accidents, resulting in significant property damage and severe injuries. Those whose accidents were caused by a reckless driver should not have to bear the cost of paying for the consequences, but can seek compensation from the at-fault driver who caused the crash.

What is Reckless Driving?

Georgia law defines reckless driving as when someone willfully or wantonly disregards the safety of the people or property around them while driving. A wide range of actions can qualify as reckless when driving, including:

Unfortunately, this type of driving has become increasingly common in Georgia, where the convictions for reckless driving jumped to nearly 14,000 in 2020.

Penalties for Reckless Driving in Georgia

Motorists in Georgia who engage in reckless driving could end up convicted of a misdemeanor crime. Those convicted of reckless driving face up to $1,000 in fines, probation, and a year in jail. In addition to these criminal penalties, reckless drivers could also be required to compensate accident victims for both economic and non-economic damages. The former include:

Injured parties can also recover non-economic damages, which cover losses that are more difficult to quantify, like the physical pain and suffering and emotional distress that comes with sustaining serious injuries. For help determining what types of damages you could recover after filing a successful personal injury claim, don’t hesitate to reach out to our office today.

If someone drives recklessly and causes a crash, they could be held liable for resulting injuries.

To set up a free case review with a dedicated Savannah car accident lawyer, call Shiver Hamilton Campbell at 404-593-0020. You can also reach us via online message. We are standing by and eager to begin working on your case.

By Shiver Hamilton Campbell | Posted on December 14, 2022
« The Records You’ll Need To Build A Case Against A Trucking Company
Attorney Scott Campbell Interviewed by 11Alive WXIA »