Negligent Security – Why You Need an Attorney, Pt. 2 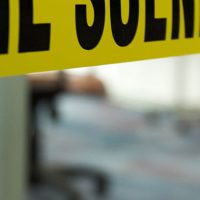 This is part 2 of our Negligent Security series. Please click here to read part one.

What security measures are considered “adequate” or “reasonable”?

When it comes to the question of what security measures are considered “adequate” or “reasonable” for a certain property, one size does not fit all.  Not all properties need 24-hr armed security personnel, barbed wire fencing or fingerprint access scanning.

The term “security” is confusing.  Many people believe that it strictly means security guards or patrol officers.  The term is much broader.  In order to have reasonable or adequate “security”, property owners/managers must implement measures to effectively “monitor” and “control” their properties. The determination of what measures are needed to effectively monitor and control a property depends on the specific circumstances of the particular property. Further, the circumstances on a particular property are constantly changing.  A property owner/manager must continually analyze the specific criminal incidents occurring on its property and surrounding properties, including the character of the crime (person-on-person versus property crime), the location of the criminal incidents on the property, the time of day the crimes are occurring (daylight versus nighttime) and the days of the week the crimes are occurring.

It would not be reasonable to expect all apartment complexes to implement all of the above measures on all properties. For example, many apartment complexes are very large or situated in areas that make access control barriers (including fencing) impossible or cost prohibitive.  However, in those situations, apartment complex owners/managers cannot simply throw up their hands and refuse to do anything. It is reasonable to expect them to employ some combination of the other measures.  Again, when it comes to security, one size does not fit all—the security measures used at a property must be tailored to meet the specific needs of the property.

Further, the implementation and use of certain security measures on a property is only the first step.  In order for a property owner/manager to establish that its security measures were adequate and reasonable, it must also monitor and evaluate the effectiveness of those measures and make changes as needed on the property.  For example, an apartment complex that contracts armed security officers to patrol during the nighttime but continues to experience crime on the property during daytime would not be able to establish that their security measures were reasonable and adequate in a case involving the shooting of a resident in the afternoon.

An attorney with experience in the field of negligent security law will be able to investigate and gather the necessary evidence to analyze the adequacy (or inadequacy) of the security measures employed at the property. These tasks are time sensitive and labor intensive and requires an attorney who has the knowledge or resources to locate and preserve the evidence needed to successfully support a negligent security claim.

How long after an incident does a person have to pursue a claim for negligent security?

The short answer: victims or the family/representative of victims of crime have two years from the date the prosecution of such crime has become final or otherwise terminated to bring their suit against both the person who committed the crime and the owner/manager of the property where the crime occurred.

Generally, actions for injuries to a person must be brought within 2-years after the wreck/incident that caused the injury.  There are certain exceptions to rule that toll—or suspend—the 2-year “time clock.” For example, Georgia law provides that the ticking of the “time clock” is suspended with respect to any action for injury arising out of the commission of a crime which is brought by the victim of the alleged crime.  The 2-year time clock is suspended from the date of the commission of the crime until the prosecution of such crime has become final or otherwise terminated.  See O.C.G.A. § 9–3–99.  However, the time clock cannot be suspended for more than 6 years.

Originally, Georgia courts interpreted this law to apply only to actions brought by crime victims against the actual person(s) accused of committing the crime.  That presented an issue as, in most negligent security cases, the defendant was the owner/manager of the property where the crime occurred—not the person accused of committing the crime.  we now hold that such an interpretation is contrary to the plain language of the statute.

Estate Claim: The time clock for bringing decedent’s estate’s claim for the decedent’s pain and suffering is suspended between the death of a person and the commencement of representation upon his estate or between the termination of one administration and the commencement of another admintration.  However, the suspension of time shall not exceed 5 years after the death of the decedent.

Wrongful Death Claim: A claim for wrongful death made by the decedent’s spouse, parent, children or, if no spouse/parent/children, the administrator or executor on behalf and for the benefit of the next of kin, does not toll even if the administrator of the estate is the individual bringing the claim. Damages for wrongful death claim include damages for the full value of life of the decedent and the funeral, medical, and other necessary expenses resulting from the injury and death of the deceased person.

The surviving spouse or, if there is no surviving spouse, a child or children, either minor or sui juris, may recover for the homicide of the spouse or parent the full value of the life of the decedent,
Ga. Code Ann. § 51-4-2 (West)

…does not toll. The surviving spouse or, if there is no surviving spouse, a child or children may recover for the homicide of the spouse or parent the full value of the life of the decedent.
Ga. Code Ann. § 51-4-2 (West)

However, in the context negligent security cases, Georgia law has recently changed and victim or his/her family generally has 2 years from the crime at issue occurs.  However, there are exceptions that toll—or suspend—the two year “clock.”

By Shiver Hamilton Campbell | Posted on December 1, 2021
« Negligent Security – Why You’ll Need an Attorney Pt. 1
What Is Distracted Driving: You Might Be Surprised! »