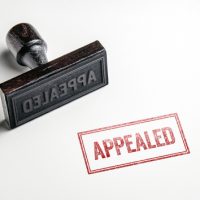 By Rosie Manins ·  Listen to article
Editing by Daniel King

Law360 (March 1, 2022, 6:04 PM EST) — Emory Healthcare Inc., one of Georgia’s largest health networks, can’t arbitrate wrongful death claims in relation to a patient’s baby, the Georgia Court of Appeals ruled on Tuesday, affirming a lower court’s decision.A three-judge appellate panel found Ille and Jacqueline “Jackie” van Engelen’s case against Emory and others — over their infant daughter’s death in an Emory hospital in 2019 — is not bound by an arbitration clause the mother signed as a patient.Emory had sought to dismiss the couple’s November 2020 complaint or compel arbitration, but a state trial court denied that motion in March 2021.The appellate judges found that Gwinnett County State Court Chief Judge Pamela D. South was right to rule that the arbitration clause in van Engelen’s patient admission agreement only applied to her and not her daughter, Isabelle.“The question here is not whether the agreement signed by Jackie was valid, but rather whether she signed the agreement on behalf of Isabelle,” the judges said. “We conclude she did not.”Van Engelen went to Emory Johns Creek Hospital in metropolitan Atlanta on July 10, 2019, when she was 31 weeks pregnant and bleeding, the record shows. She was discharged that day but returned the next morning and was admitted.On July 11, 2019, van Engelen signed two identical copies of Emory’s admission and registration agreement, which includes an arbitration clause.Her baby was born the next day but died two weeks later from brain damage caused by oxygen deprivation.“Isabelle suffered cardiac arrest in the [neonatal intensive care unit] after an endotracheal tube was placed in her esophagus rather than her trachea for several hours, causing her lungs to collapse,” the appellate judges said.Emory argued that one of the admission agreements van Engelen signed on July 11, 2019, was for the purpose of obtaining treatment for her then-unborn baby, but the judges rejected that theory.They said the agreements signed by van Engelen were identical, and she did not have to sign an agreement to get treatment for the baby under Georgia law, which allows parents to consent to treatment for their children orally.“In any event, a plain reading of the agreements signed by Jackie makes clear that the arbitration clauses contained in those agreements do not apply to Isabelle,” the judges said. “The key here is that Jackie’s signature on both agreements unambiguously identifies that they were signed in her personal capacity, not as a representative for her unborn baby. Moreover, nowhere on either agreement is Jackie’s unborn child identified as the actual patient.”Van Engelen did not complete the specific line in the agreements that designates a representative’s relationship with a patient, the judges noted. They said the ability for patient representatives to be identified in the agreement negates Emory’s concern that affirming the trial court’s ruling would invalidate all admission forms signed by mothers on behalf of their unborn children.“Had Jackie designated on the line beneath her signature in one of the agreements that she was signing it in a representative capacity (something an Emory employee could have easily double checked), the contracts would be separate and distinct,” the judges said.Counsel for the van Engelens told Law360 they are pleased with the ruling and look forward to the case proceeding to a jury trial.Kyle G.A. Wallace of Shiver Hamilton LLC, an attorney for the couple, said the appellate judges rightly focused on the clear application of well-settled rules for interpreting contracts. The identical agreements signed by van Engelen in her personal capacity as a patient had to be looked at consistently, he said.“The way in which this appeal was decided is not so much heavy arbitration law but rather just back to the basics of contract interpretation,” Wallace said Tuesday. “What Emory sought was to have the court perceive one agreement pursuant to its plain language and take the other identical agreement and construe it to mean something different.”Counsel for Emory did not immediately respond to questions about the ruling on Tuesday.The health care system, part of Emory University, has 11 hospitals and more than 250 medical clinics, it states online.Georgia Court of Appeals Presiding Judge Stephen Louis A. Dillard authored the opinion, with concurrence from Vice Chief Judge Amanda H. Mercier and Judge Andrew A. Pinson.Emory is represented by David Ladner and Joscelyn M. Hughes of Bendin Sumrall & Ladner LLC.The van Engelens are represented by Jeff P. Shiver, Marla M. Eastwood and Kyle G.A. Wallace of Shiver Hamilton LLC.The case is Emory Healthcare Inc. v. Ille van Engelen et al., case number A21A1562, in the Georgia Court of Appeals.

By Shiver Hamilton Campbell | Posted on March 3, 2022
« Georgia Judge Upholds $250,000 Slip And Fall Verdict Against Wal-Mart
When Is A Store Owner Responsible For A Customer’s Injuries? »