What Happens When A Defendant Fails To Preserve Evidence In A Georgia Personal Injury Case? 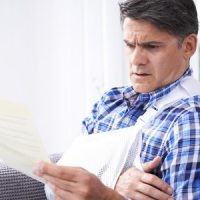 In most personal injury cases, Georgia has a two-year statute of limitations. This means that if you are injured in, say, a slip and fall accident, you have two years from the date of that accident to file a lawsuit against the property owner. But that does not mean you should wait the full two years to take action.

Indeed, when it comes to personal injury claims, the sooner you can start the process, the better chance you have of proving your case in court. The main reason for this is that the more time that passes from the date of the accident, the more time there is for evidence to become lost. Sometimes evidence is lost through nobody’s fault. But in many cases a defendant will fail to preserve evidence even when they know it might be relevant.

So what happens when a defendant “loses” evidence? A recent ruling from a federal judge in Valdosta provides one example. In this case, Plymale v. Cheddars Casual Café, the plaintiff visited the defendant’s restaurant in October 2019. The plaintiff went to use the restroom. When she left the restroom and entered the adjacent hallway, she slipped and fell on a “liquid substance on the floor,” causing her serious injuries.

A few weeks later, the plaintiff’s personal injury lawyer sent the defendant what is known as a spoliation letter. Essentially, this is a letter that notifies a potential defendant that legal action may be taken and that they have a duty to preserve any potentially relevant evidence. In this case, the plaintiff wanted to make sure that the defendant preserved its surveillance video footage of the hallway where her accident occurred. This footage could help establish how long the liquid substance was on the floor prior to her accident, which in turn could demonstrate the defendant’s negligence in failing to identify and correct the hazard.

Although the defense later admitted in court that this video footage existed, it was not preserved. The defendant claimed it never received the plaintiff’s notice until after it had automatically discarded the footage under its standard retention policy. The plaintiff insisted the defendant acted in “bad faith” and asked the judge to impose sanctions against the defense.

The court declined to impose sanctions at this time. But the judge said that if the case proceeded to trial, he would instruct the jury to decide if it believed the defense “lost or destroyed the videotape in bad faith.” If so, the jury could then infer the footage contained evidence damaging to the defense and proceed accordingly.

Although many accident victims are not eager to think about a lawsuit when they are still recovering from their injuries, time is often of the essence when it comes to preserving your legal rights in these matters. So if you need legal advice or representation from a qualified Atlanta slip and fall lawyer, contact Shiver Hamilton Campbell today to schedule a free consultation.

By Shiver Hamilton Campbell | Posted on May 31, 2022
« How Does The Georgia Statute Of Limitations Apply To Minors And Estates?
Does Violating Industry Standards Prove Negligence In A Georgia Personal Injury Lawsuit? »