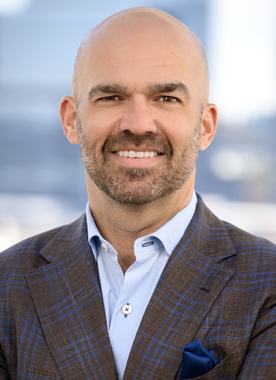 Recognized as a “Top 100” Super Lawyer, Jeff Shiver is regarded as one of the state’s best personal injury lawyers. Jeff is repeatedly named one of Georgia’s “Legal Elite” by Georgia Trend magazine and was selected by The Daily Report as one of 13 lawyers under 40 “On the Rise.” Jeff has been elected as a “Top 40 under 40” by the National Trial Lawyers and was recently selected as Top 40 under 40 Litigation lawyers in the State of Georgia by The American Society of Legal Advocates.

Jeff’s practice is limited to serious personal injury cases of all types. For over a decade before co-founding Shiver Hamilton Campbell, Jeff trained under some of the nation’s best trial attorneys. From the moment he decided to become a lawyer, Jeff knew he wanted to become a personal injury specialist and carefully tailored his education and professional experience to learn how to effectively represent plaintiffs.

Even before law school, Jeff served as an apprentice to some of the most respected trial lawyers at that time helping prepare cases for trial and learning how to represent plaintiffs in the trenches. Jeff continued to learn his trade during law school, trying cases and prosecuting criminals in Newton and Jackson County.

In 2007 Jeff was recruited by a firm that specializes in representing plaintiffs. During that time he tried or settled dozens of cases that resolved for over a million dollars including cases in Atlanta, middle Georgia and south Georgia.

Jeff also volunteers with the Atlanta Volunteer Legal Foundation pursuant to a pro bono program and is a member of Peachtree Presbyterian Church.