Shiver Hamilton Campbell is representing individuals diagnosed with cancer or suffering from other medical conditions who lived or worked at Camp Lejeune, North Carolina between 1953 and 1987. This includes service members, their family members, and civilians who worked at Camp Lejeune during this time period. It is estimated that over a million people were potentially exposed and tens of thousands have died or are currently suffering due to toxic contamination.

Congress passed legislation called The Camp Lejeune Justice Act giving families harmed by water contamination the right to file a claim for the first time. Service members, their family members, civilians and others who were unknowingly exposed to benzene, industrial solvents and other harmful chemicals through drinking water at Camp Lejeune can file a claim against the United States Government.

Beginning in 1953, chemicals poisoned the groundwater used for drinking, cooking and bathing. The exposure to these hazardous chemicals has been linked to various cancers and other serious health conditions. The Camp Lejeune Justice Act will permit lawsuits to move forward and permit substantial compensation for these victims outside of the Veteran’s Administration process and benefits. Not only are service member lawsuits allowed, but family members and private persons may also bring legal claims. 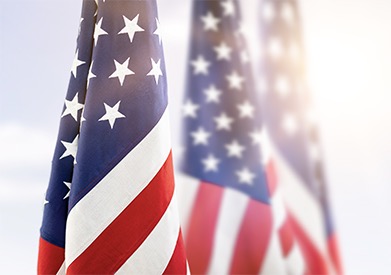 What time limits are involved in filing a lawsuit?

What was in the water supply system?

What illnesses and diseases are linked to the contamination?

Marines, their family members, and others drank and used this contaminated water, and this exposure has been linked to serious health conditions including cancers, neurological disorders, and birth defects. Some of these conditions may include the following:

Can I be compensated for exposure?

Any person who lived or worked on Camp Lejeune for at least thirty days between August 1, 1953 and December 31, 1987, and were exposed to the contaminated water sources may be eligible to file a claim. There are new laws and time periods involved so contact Shiver Hamilton now for a free consultation. Call us, chat with us or fill out our contact form below.