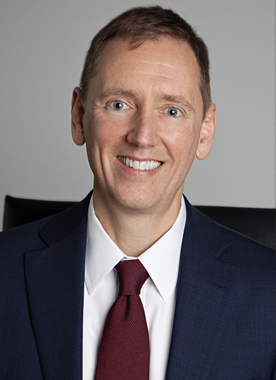 Darrell is committed to bringing about positive change in lives of Shiver Hamilton Campbell’s clients through the civil justice system.  He has had the privilege of representing injured people in trial and appellate courts in Georgia and Florida.  Darrell played an instrumental role in the litigation and trial of a Georgia insurance bad faith case that resulted in a $8 million verdict against one of the nation’s largest insurance companies.  He has successfully advocated for injured persons and insurance policyholders in insurance coverage, settlement dispute, and insurance bad faith cases in the Georgia Court of Appeals and the Supreme Courts of Florida and Georgia.

Darrell has more than 24 years of experience in personal injury and insurance law. His legal background includes working for over a decade in the Atlanta office of a leading Florida plaintiff’s firm, where he focused on insurance bad faith and catastrophic personal injury cases in Georgia and Florida.  Before changing the focus of his practice to representing plaintiffs, Darrell served as a corporate claims attorney for one of the nation’s largest property and casualty insurance companies, where he managed litigation throughout Georgia involving catastrophic injuries, wrongful death and punitive damages.  He was also extensively involved in advising and training the claims organization on insurance coverage matters.  Darrell began his legal career representing insurance companies and their policyholders in civil trial litigation in Georgia and Florida courts.

Darrell was raised in North Central Florida, but has called Atlanta home for over 20 years. He is a graduate of the University of Florida and the Florida State University College of Law.  He is admitted to practice in all Florida and Georgia trial and appellate courts, the U.S. District Court for the Northern District of Georgia, the U.S. District Courts for the Middle and Northern Districts of Florida, and the Eleventh Circuit Court of Appeals.  He is a member of the State Bar of Georgia, the Florida Bar, and the Oregon State Bar.

Darrell and his wife, Kimberley, live in Atlanta.

Skip footer and go back to main navigation